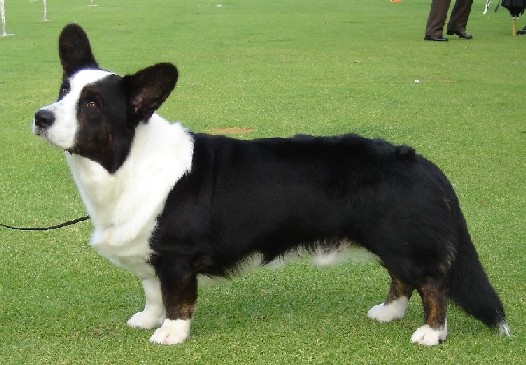 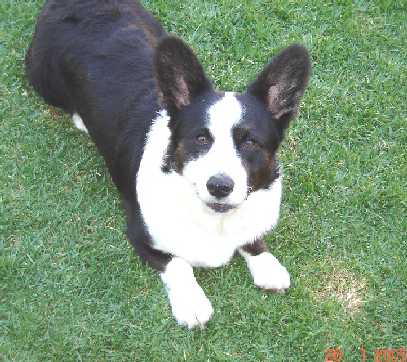 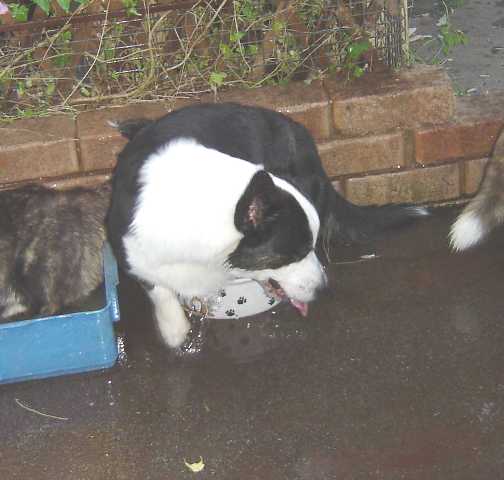 Achievements:
Frodo made his debut in Western Australia on the first weekend in December 2003 and was awarded Baby in Group each day. What a super little fellow – full of personality and always has something to say. Absolutely devoted to any bit of water he can find. We have had to change all the water bowls in order to curtail his desire to stay wet. Our grateful thanks go to the Jamiesons of Kalora Kennels in South Australia for letting us have him. On the 2004 Labor Day weekend at the Western Classic Silver Anniversary Show Frodo took Runner-up Best of Breed and Minor in Group under Mr JF Peddie from Canada and at the next show on the following day took his first Challenge under Miss A Ingram from Northern Ireland. Such discerning judges!! ***STOP PRESS*** Frodo gains his Australian Championship Title under Ms W Kenworthy on Sunday September 26th 2004 at the Fremantle Dog Club Championship Show. Frodo’s Sire, Ch Kardibroke Kwik Smart, from Lynette Harris of Kardibroke fame, has sired multiple Champions throughout Australia. Frodo maintains his love of water as he matures and is passing this love onto his offspring. He has been awarded Challenge Dog at the Perth Royal in 2004, 2005, 2006, 2007, 2008. We were thinking of retiring but are having a lot of fun, so might continue for a while yet. Frodo is the Sire of Aust Ch CardiWest BountyOvSpring, Best in Group winner and multi Class in Group and Show winner. We were very saddened when Frodo decided after his 14th birthday that he was leaving us and went to the Bridge on the 4th September 2017. He has left a big hole in our lives and he is greatly missed. Rest easy, little man. Until we meet again at the Bridge.